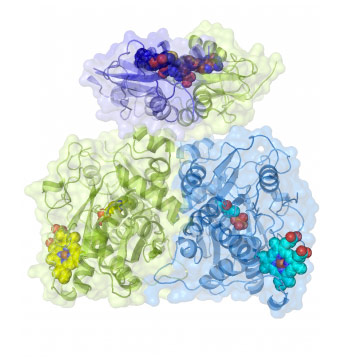 A study has discovered the molecular mechanism that triggers homocystinuria, which is a rare disease that causes vascular and ocular disorders, skeletal deformities and mental retardation. It affects 1 in every 250,000 children born in Spain, and it has a mortality rate of 18% before the age of 30. The detection of this disease has recently been included in newborn blood spot screening.

Homocystinuria is due to a deficiency in a protein in the body called CBS. When we eat foods rich in certain amino acids, our cells produce homocysteine, which is toxic and causes homocystinuria if it accumulates. The function of CBS is precisely to ‘clean’ our cells of homocysteine.

In order to carry out this function, the protein has to activate, and this happens in most people. There are genetic mutations, however, that prevent the activation of CBS, which means that it is not able to carry out its ‘cleaning’ function, and leads to the development of homocystinuria.