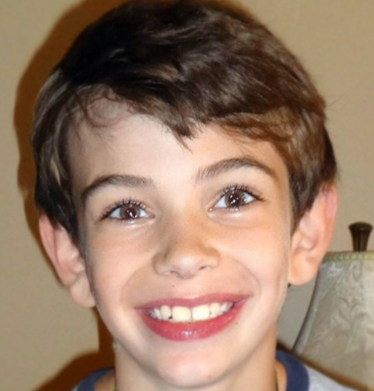 Nathan had a routine eye exam at school that raised concern so we took him to see an ophthalmologist. Prior to this I had noticed that Nathan’s eyes “juggled” or “rippled” when he moved them. I mentioned this to the ophthalmologist because it concerned me. After some testing we were told that both his lenses had dislocated.

Nathan was referred to additional specialists for further testing as a connective tissue disorder was suspected. It took three months for genetic testing to confirm that Nathan had Homocystinuria. He was aged 6.

This diagnosis came as a complete shock as we were told that it was a very rare and serious disease with multiple health consequences. Fortunately, Nathan is responsive to the medication and isn’t required to follow a metabolic diet.

In hindsight, from a young child there were signs that something wasn’t quite right. At the age of six months Nathan had a seizure but when I presented him to the Emergency Room doctor he told us that it was nothing to be concerned about. Nathan was delayed in walking and learning and had many sensory issues. At times we begged his pediatrician to determine the cause of Nathan’s difficulties. He performed an assortment of tests to find the cause but never tested for Homocystinuria.

Nathan attends speech and occupational therapists to assist him with his needs. He has knocked knees and has had problems with drooling. Nathans eyes continued to deteriorate and in June 2013 he had the first of two eye surgeries to remove and replace his lenses with artificial ones.

Nathan now looks at world in a new way and notices things that he never did before. We see amazing changes now that he is on treatment. I am so grateful that Nathan finally has a diagnosis and am truly thankful to all his doctors for their care.