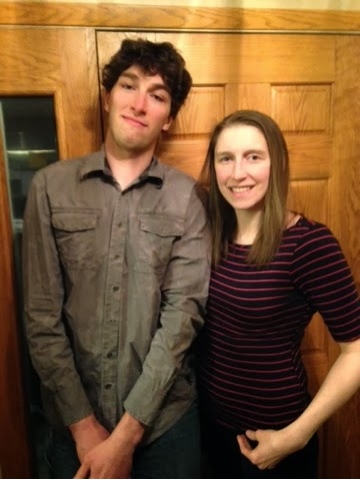 In 1995, at the age of 10 years I was diagnosed with Homocystinuria. I was diagnosed after my younger brother Garrett received the same diagnoses following investigations for detached lenses. At the time, HCU was suspected as the most probable cause. He had to undergo immediate eye surgery to remove the lenses in both eyes.

I am one of six children, myself and Garrett are both affected by HCU. Neither of us are B6 responsive and accordingly take a range of supplements, medication, formula and require a low protein diet.

When we were growing up we proved difficult to our mom as we hated the food, our formula and didn’t fully follow the diet. Our father had passed away a year prior to our diagnosis so mom didn’t have the time or energy to battle us every step of the way.

In 2009, as a result of not following the diet as best I could, I developed a blood clot in my wrist. At the time I was directed by my doctor to immediately seek emergency treatment. After surgery and a week in hospital I was released and had a newly found respect for the diet.

In 2011 I had two eye surgeries to replace the lenses in both eyes. I never knew how clear and wonderful things could look. I am now managing my HCU and feel supported by the HCU community. I am always glad to talk to people about my experience with HCU.