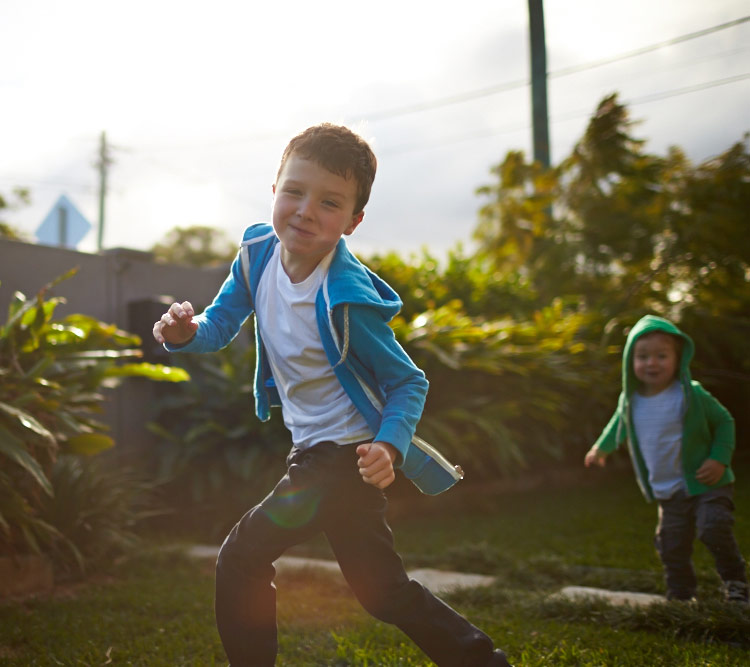 When our eldest son, Connor, was about 2 years old, it became apparent to us that he was not developing like his peers. He was experiencing some delays and behavioural challenges. At the same time, our 4 year old daughter, Charlotte, was diagnosed with childhood cancer.

On the many occasions we sought medical advice for Connor’s difficulties, we were assured they were attributed to the stressors experienced by families with a child undergoing cancer treatment. We were not convinced and we spent the next few years searching for doctors who would listen and help us find a definitive diagnosis.

Then in 2013, at the age of 5, Connor was diagnosed with a rare degenerative disease known as Homocystinuria (HCU).  As a precaution, we tested our two other children for the disease and some weeks later, it was confirmed our younger son Lincoln, aged 1 year, was also affected. He had not yet started showing symptoms.

Although HCU is one of the target disorders screened for as part of the Newborn Screening program in our State, neither son was detected at birth and treated accordingly.

Both our boys now require life long medical and dietary management to avoid any further complications associated with HCU.  On a daily basis this translates to medications, an unpalatable supplement drink and adhering to a strict and measured low protein diet.

As a family, we don’t know if we will ever come to terms with the knowledge that had our son’s HCU been detected and treated at birth, he would not now carry the burden of his disability. And, if Connor had been diagnosed at birth, then Lincoln would have also been diagnosed and treated as a baby – allowing both boys to reach their full potential.

Today, with thanks to medical progress, our daughter is a survivor of childhood cancer. We hope for the same meaningful medical progress for our boys and other HCU patients around the world, knowing that research leads to better diagnostic methods, more effective treatment options and, ultimately a cure. As parents, we know the only way forward is to raise awareness of HCU, unite and support the HCU community, and do what we can to raise funds for that vital medical research.

Our family is truly grateful to the medical professionals who manage and treat our beautiful boys to ensure they achieve their best possible outcomes.