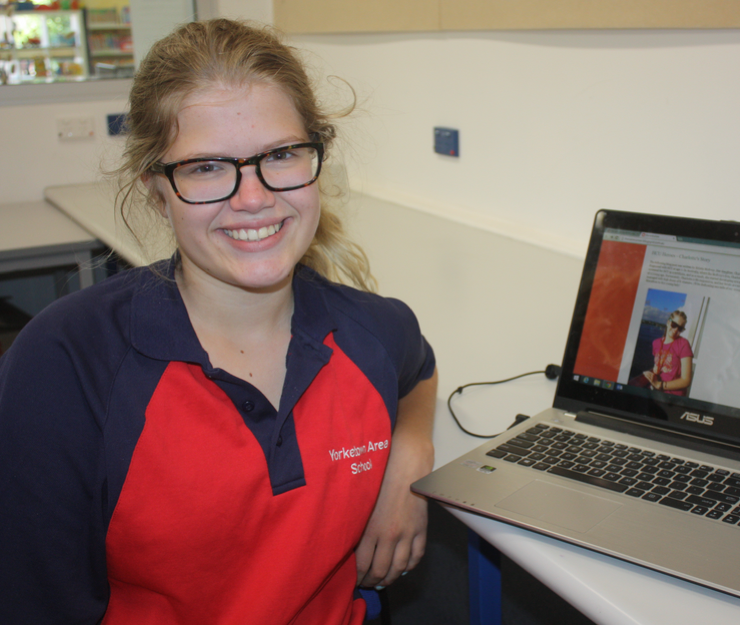 Charlotte was born in 2001 at a time when Homocystinuria was not a target disorder on newborn screening programs in Australia.

As an infant Charlotte walked later than her peers and when she was in grade 2 we were shocked to discover how poor her vision was. She was unable to see the amount of fingers being held up two metres away and her teachers noticed that she would get out of her seat to move towards the board to read. She was prescribed glasses to aid her vision.

At a standard checkup Charlotte’s ophthalmologist noticed a subluxation of her right lens and referred her to a pediatrician for further testing. We live three hours from the closest metabolic clinic so the initial testing meant many hours travel. A comprehensive range of tests were performed which lead to the eventual diagnosis of Homocystinuria. Charlotte was seven years old.

She commenced treatment of large doses of pyridoxine however the doses required lead to peripheral nerve damage and she has very shaking hands. Her treatment has been reassessed to settle the shaking. Recently, Charlotte’s blood levels weren’t within therapeutic range and accordingly she has been started on a protein restricted diet. This restriction has made a huge difference to her blood levels.

It is amazing to see how Charlotte continually adapts to her poor vision. In hindsight we now understand her delayed walking was due to her being unable to see her surroundings. She is now legally blind in her right eye.

Life with HCU means daily medication, regular metabolic and eye check ups and monthly blood tests. In the near future Charlotte will need to have both eye lenses replaced.

Living in Australia has been difficult as there is only a small amount of information available about HCU and this has meant I have had to look further afield for information.