You can read more about our Research Strategy and Research Grants program.

The HCU Networks plan to continue this Grant Program through issuing calls for Expressions of Interest on a periodic basis. The next call is planned first half of 2019.

According to the principal investigator, Tomas Majtan, this project aims to explore whether existing FDA-approved compounds that are thiol-based reductants may prevent binding of homocysteine to cysteine and cysteine residues, which could lead to increased cysteine retention and better elimination of homocysteine from the bloodstream. In addition, anticipated increased availability of homocysteine in plasma could further improve the efficacy of enzyme therapies for homocystinuria that are in development. Tomas Majtan said “The research grant from HCU Network America and HCU Network Australia will allow us to better understand the balance between different forms of homocysteine and how it could be exploited towards better management of CBS-deficient homocystinuria. We are very grateful for this support as we continue our work on expanding therapeutic options for this devastating disease.”

Founder and director of the HCU Network Australia, Tara Morrison said “It was pleasing to receive an increased response to our second call for Expressions of Interest in our 2019 global grants round. We are delighted to announce the recipient of this round, Dr Majtan, and we look forward to his research efforts contributing further to the field. Moreover, we are hopeful this work can lead to the development of a treatment approach that could potentially reduce the need for a protein-restricted diet, which could ease the burden on the affected individual and the people who care for them”.

President of HCU Network America, Margie McGlynn said “We are pleased to provide a grant through the second round of our global grants process to explore this potential new mechanism. Dr. Majtan has been very involved in research on other therapies to address HCU, including a pharmacological chaperone therapy and, more importantly, a potential enzyme replacement therapy, OT-58, under the leadership of his postdoctoral mentor, Jan Kraus. Jan, unfortunately, lost his life to lung cancer in July 2019, and would be so proud to see Tomas being awarded this grant”.

The HCU Networks plan to continue this grant program though issuing calls for Expressions of Interest on a periodic basis. The next call will be announced by fourth quarter of 2020.

You can read the Press Release here.

Tomas Majtan received his PharmD in 2003 from the Faculty of Pharmacy, Comenius University in Bratislava studying novel antimicrobial compounds and disinfectants using Salmonella pathogens. He then pursued postgraduate training in microbiology at Slovak Medical University and in 2006 he received a PhD in molecular biology working at the Institute of Molecular Biology of the Slovak Academy of Sciences. During this period, he studied epidemiology and genetics of Salmonella virulence factors and antibiotic resistance markers and deciphered gene expression of bacteriophage during infection of an important industrial strain producing amino acid lysine. In 2007, he started postdoctoral training on enzymology and biochemistry of cystathionine beta-synthase (CBS) in Professor Jan Kraus group at the University of Colorado School of Medicine, Aurora, Colorado. In 2013, he was promoted to Assistant Research Professor at the Department of Pediatrics, Section of Genetics and Metabolism, University of Colorado School of Medicine and continues working on understanding molecular mechanisms behind inborn errors of metabolism and developing new treatments with a focus on homocystinuria.

His contributions to the field include uncovering the mechanism of how missense pathogenic mutations impair CBS function, understanding how CBS cofactors work and affect folding and stability of the WT and mutant enzyme, solving several crystal structures of full-length human CBS to gain structural insight into homocystinuria or clarifying the role of CBS as hydrogen sulfide producing enzyme in health and disease. He utilized his intimate knowledge about CBS and has been working with the late Professor Jan Kraus and Orphan Technologies on enzyme replacement therapy for homocystinuria since 2010.

Dr. Majtan has been a mentor and supervisor of several graduate and postgraduate students or research associates. He is an author of over 40 peer-reviewed papers published in international journals as well as several patents, book chapters and monographs. He regularly presents his research on various conferences and meetings. In addition, he serves as a reviewer for multiple scientific journals and several funding agencies.

The HCU Networks have awarded funding to a research project to investigate the potential usage of metabolic compounds to treat CBS deficient homocystinuria (HCU). The research, entitled New Metabolic strategies for improving treatment of homocystinuria due to CBS deficiency and remethylation defects, will be carried out by Professor Kenneth N. Maclean at the University of Colorado School of Medicine, Denver.

According to principal investigator, Kenneth Maclean, “ A number of lines of evidence have led us to hypothesize that improving our understanding of the regulation of the betaine metabolic pathway in HCU may hold the key to improving treatment in all forms of homocystinuria with a view towards reducing dependence upon methionine restriction and improving clinical outcome”, said Dr. Maclean. “Preliminary work in our laboratory using an animal model of HCU has indicated that this approach has the potential to deliver near normal levels of homocysteine in the presence of a normal protein diet which would represent a highly significant advance in treatment for this condition”. A lot more work is required to capitalize upon these promising early findings and the grant from HCU Network America and HCU Network Australia constitutes an essential first step in that process.”

Founder and director of the HCU Network Australia, Tara Morrison said “the Network is excited to be providing support to this research project which offers the potential to develop a new treatment for the disorder. A treatment approach that could potentially relax or remove the need for a protein-restricted diet is much-needed in this community and would ease the burden on the affected individual and the people who care for them”.

President of HCU Network America, Margie McGlynn said: “It is exciting to award our first grant and to explore this potential new mechanism, and we look forward to expanding our grants program to help improve the diagnosis and treatment of this challenging disease”.

You can read the Press Release here. 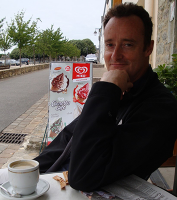 Professor Maclean did his undergraduate degree and PhD in genetics and biochemistry at the University of Greenwich in the United Kingdom. This was followed by a research fellowship at the Hungarian academy of Sciences in Szeged and a post-doc at the Royal London Hospital. Since coming to America in 1997, he has worked primarily on investigating the pathogenic mechanisms involved in cystathionine beta-synthase deficient homocystinuria with a view towards the rational design of novel treatment strategies for this condition.