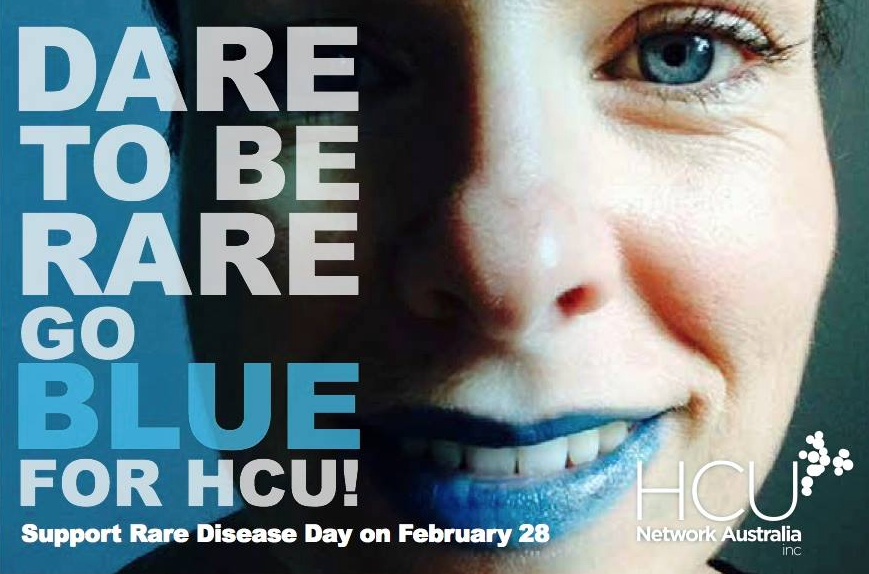 Rare Disease Day held on the last day of February each year was first launched in Europe and it has progressively became a world event with more and more countries participating each year. Patient organisations in Australia have engaged in Rare Disease Day since 2009. The main objective of Rare Disease Day is to raise awareness amongst the general public and decision-makers about rare diseases and their impact on patents’ lives.

The 8th annual World Rare Disease Day will be held on Saturday, February 28, 2015. Rare Disease Day would not be possible without the continuous support of patient organisations around the world, building awareness for people living with a rare disease and their families. We would like to show our support for this annual observance by asking our supporters to GO BLUE for HCU!

We encourage you to GET INVOLVED and SHARE this event!

A couple of ways to support GO BLUE for HCU . . . ask your school to have a “Blue Mufti day”, organise your colleagues to “Wear Blue” for a day, change your profile picture to “You in Blue” and DARE your friends to show their support for HCU.

On Feb. 28th (or anytime in the month of March) we DARE you to “Go BLUE for HCU” and help us raise awareness and vital funds for research for those affected by Homocystinuria!